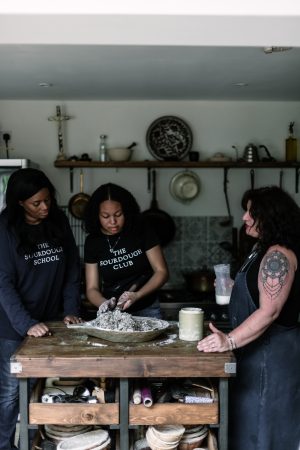 When you first start baking sourdough it can be challenging to bake a great loaf. There are many things to learn and each time you bake you will learn something new. The challenge is part of the joy of learning to master sourdough.