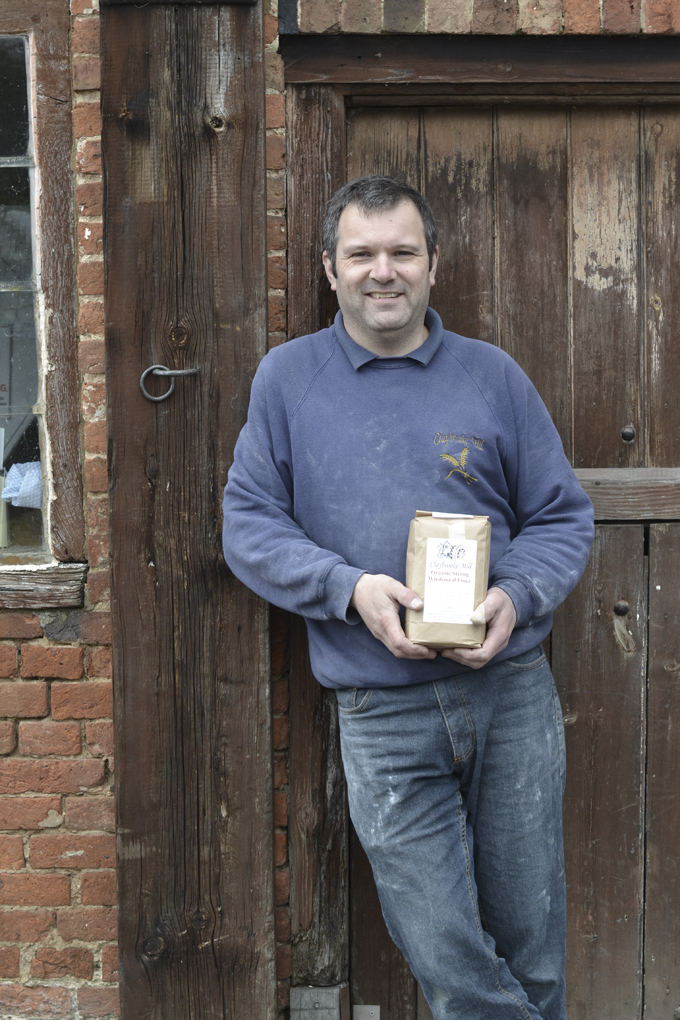 I want my loaves to be as authentic as possible so although I often use British organic flour such as Doves Farm Flour, which is thankfully available in most supermarkets, I also use my local flour, grown and milled close to Northampton.

Claybooke Water Mill in Leicestershire is just 40 minutes down the road from where I live and legend has it that there has been a mill in existence at this exact spot for over a 1000 years. The current miller Spencer Craven took the mill in 2003 having been an aircraft engineer for British Airways he decided to make a few changes in life and pretty much learned how the mill worked by trial and error.   It’s beautiful redbrick building, with a millpond in front, ducks quacking about and chickens scratching. It’s an idyllic stetting for a mill that was mentioned in the Doomsday book.  In 1976 it stopped milling as it fell into disrepair. It was then bought by the previous miller and had a ten-year rest period whilst it was restored and repaired.

On the right as I walk in is a huge wheel. It looks like a giant cog and Spencer explains that it is the gear room is the powder house of the Mill.  It’s an overshot watermill and works in principle in exactly the same way as a windmill, but it is the water that drives the gears.  The flour mill mills everyday and Spencer laughs telling me that the mill has moods, and the water is the lifeblood of the mill.  If it doesn’t rain then they don’t get enough water and there is no power to mill with.

I climb the steep and narrow steps upstairs I am instantly transported by the feeling that I am on a boat, it’s beautiful building and Spencer is clearly surprised by the fact that I tell him that they look like they are from a boat and tells me with a smile that this is exactly what the beams are.  The chamfering edges on the beams have notches and marks are from ropes on a boat. It’s a real piece of history as the beams are old masts form man of war ships.  Recycling is hardly a new phenomena Spencer tells me laughing.

The Mill is also spotlessly clean.  I’ve seen a few mills and not all of them are this well maintained. I’m told that the French burr-stones, made from french quartz water crystal, whiz around with such speed that if the grain were to run out then the friction would create sparks and set the mill on fire.  Flour is highly combustible and was one of the main ingredients of gunpowder. Spencer points to the stencils on the wall and tells me that the flour that made the gunpowder in Guy Fawkes gunpowder plot legend has it came form this mill, because the Guy Fawkes father was the Miller at the time. 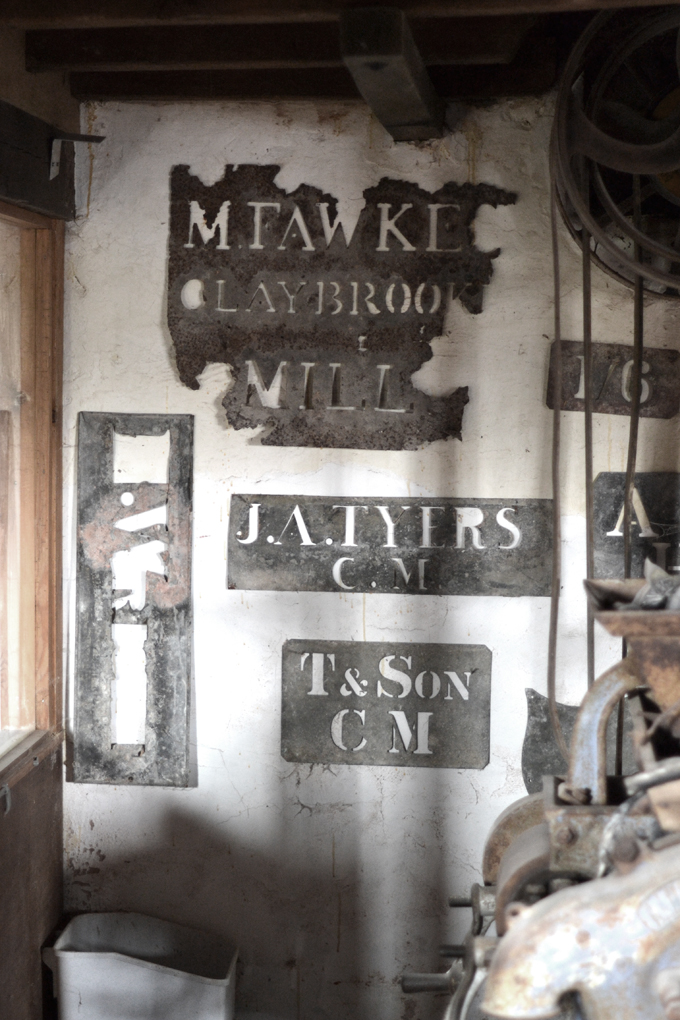 The flour that made the gunpowder in Guy Fawkes gunpowder plot legend has it came form this mill as Guy Fawkes father was the Miller at the time.

The grain that is milled was fantastic quality.  It’s plump and fresh smelling. The variety is Paragon and it is grown down the road on a farm near Leamington Spa.  It is organically grown wheat grown that has got particular properties that works well with the stone grinding process. Although Spencer does still have the grain analysed he knows what makes good flour.

It was a real treat to be shown around the mill, because it is not generally open to the public. If you listen to the audio below you can hear my interview with Spencer and the roar of the water as the mill gets going, and I shall be adding a new course at the cookery School baking local bread for Northamptonshire & Leicestershire using local beer very soon, and I will write up the next mill visit next week.

listen to ‘Claybrooke Mill’ on Audioboo

You can buy Claybrooke Mill flour from the following outlets: 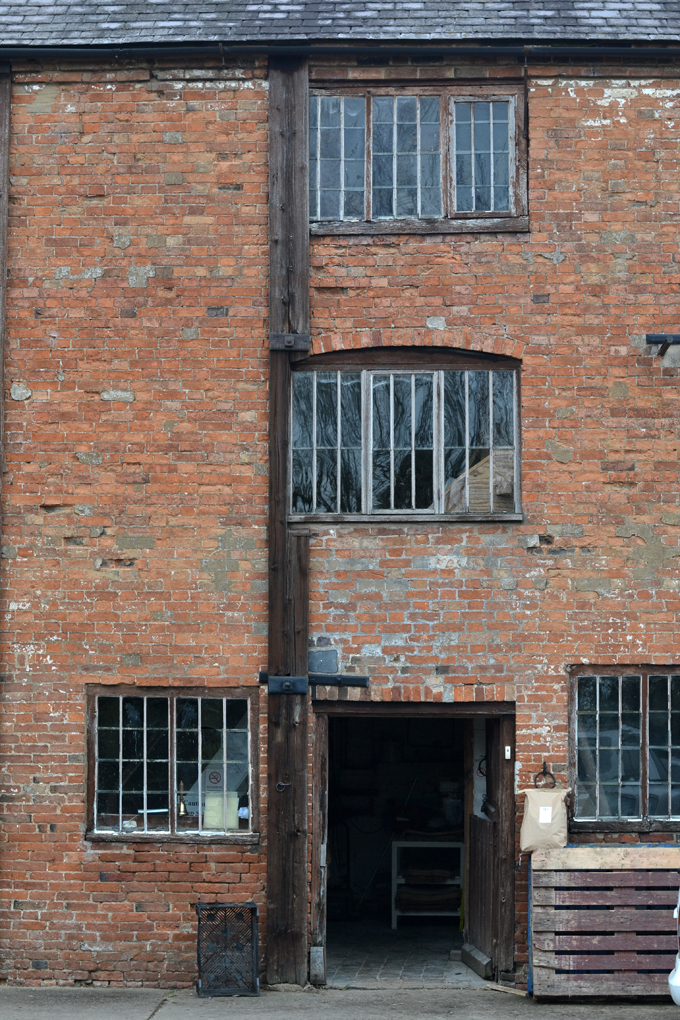