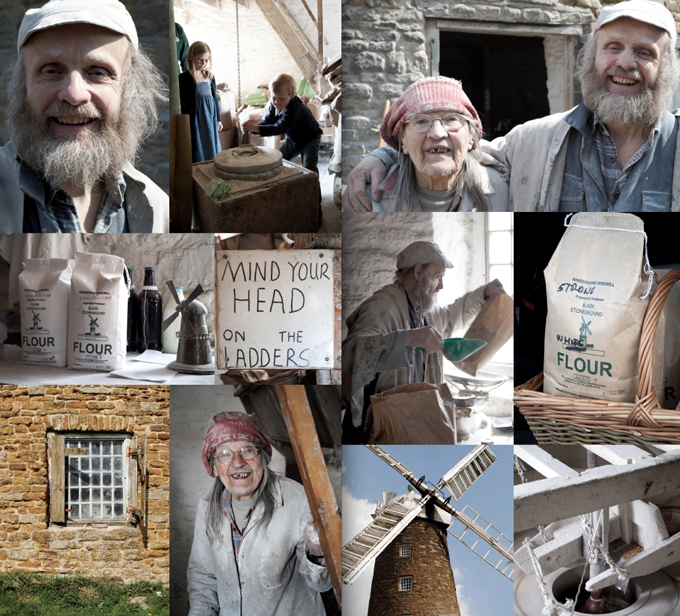 At the back of the village Nigel Moon and his fabulous 95-year-old mother Ruth Moon run the Wissendine mill north of Oakham, south of Melton Mowbray, selling stoneground flour to the local bakery Hambleton’s for their local loaf. Nigel and Ruth are exactly as you would imagine millers to be. Ask about the mill and their flour covered faces and smiling eyes twinkle with delight as they tell you everything that there is to know about this beautiful mill. Nigel quietly tells me “My mum is still potting about filling the bags and helping.  She gets in a muddle sometimes but she’s bright as a button and she was ninety five last week you know.”

When I ask about the flour today Nigel tells me that at the moment tells me that he’d be happier if he could blend a winter and spring wheat together.  “I am milling with single variety Paragon spring wheat because the last two autumns British grain has been awful. I like to mix a spring and winter mix because you get a bolder, more flavorsome flour and the winter flour tends to be a plumper grain although the gluten is lower, so I mix it with the spring wheat.  The winter wheat is also a better price than the spring wheat because the local farmers tend to get more yield for the winter wheat.”  The Paragon organic flour is easy to bake bread with because it has a high gluten count, although some people find that is not as tasty as some varieties.

There are still ongoing repairs to the mill despite the whole of the top level of Whissendine Mill had to be rebuilt in 2000 and complex renovation work on the gears and machinery had to carried out before Nigel could start milling. In all it took nine years to get the mill going again as parts had to be redesigned as the fan tail drive was missing.

As the cogs and belts started up the noise was astonishing and the building itself seemed to have a life of its own. The whole mill shakes, rattles and rumbles as though complaining at being woken, each pulley and cog making its own contribution to the crescendo of noise.

Nigel shouts information, oblivious to the noise. “The word Whissendine is from an old Anglo-Saxon word for the “Wisingas” who lived near the stream valley of the village that now bears this name.” The mill tower dates to 1809 and its stands 60 feet tall, but it was heavily refitted in the 1860’s. It has a Wegman’s roller mill, which sadly doesn’t work right now, dates from 1878, with porcelain rollers, which came after the stone. Most modern rolls are made of steel. In 1863 the original wooden gearing was replaced in cast iron. The sails of the windmill were totally ruined in a storm in 1922, and the mill stood empty and almost dereliction for 80 years. Although abandoned it was kept water tight and dry.  It limped through until summer 1995 when Nigel Moon bought the mill for £50,000 from a local man called Tony Noton, as the Mill came with a house he bought. For Nigel the renovation work and the running of the mill are a labour of love: he takes huge pride in knowing that this beautiful old building is now fit for its original purpose, to mill local British flour.

It’s really interesting finding out how this locally grown organic wheat is pulled up to the top of the mill by a pulley system and seeing at first-hand how the stone grinds the corn into the flour we then take back to Juniper and Rose to bake with. Once the wholemeal flour was ground, chutes took the mixture to the dressing floor where a large wire mesh drum slowly spun and separated the finer flour from the coarser bran. The fine flour falls to the ground where it was packed into individual paper sacks. The mill produces approximately two tones of flour every week, which I imagine this keeps Ruth rather busy! 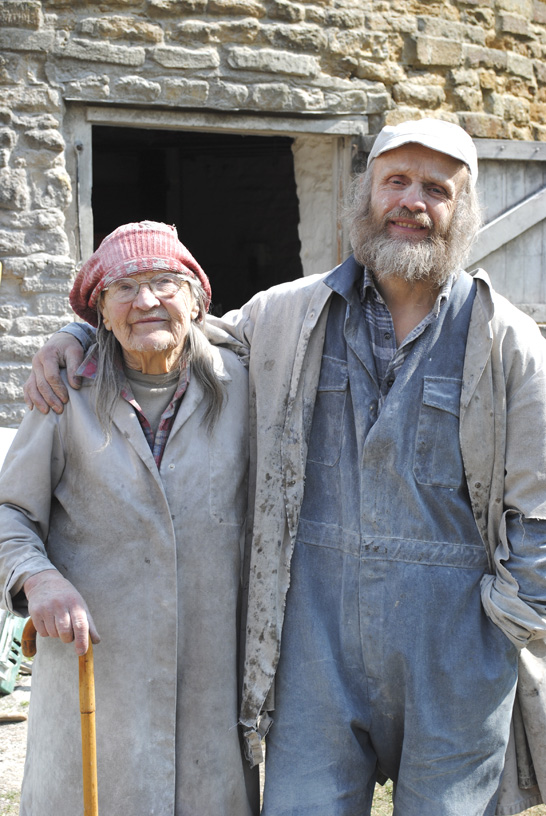 January 2015 – It is with sadness that I update this post with news that Ruth died recently.