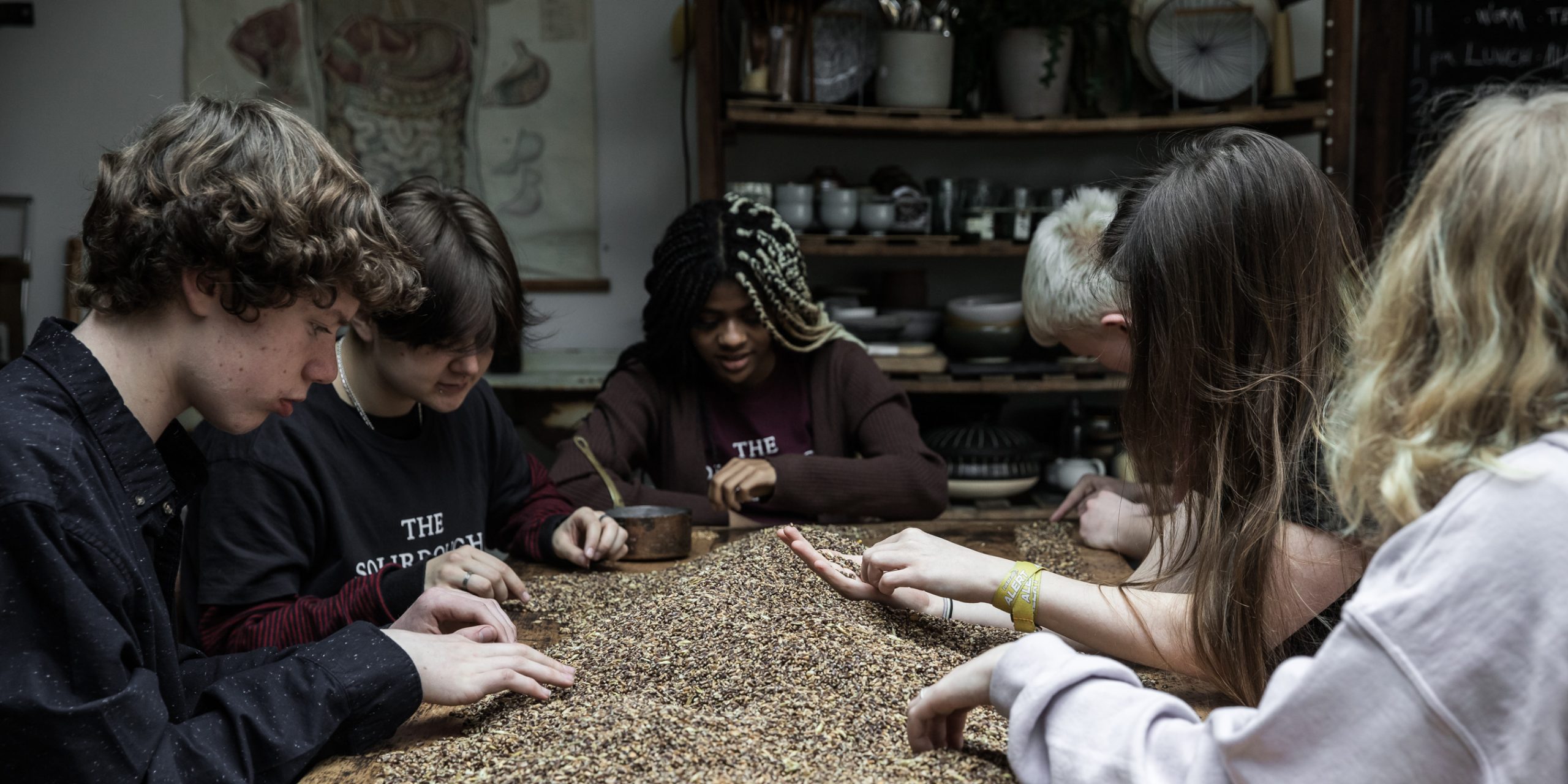 It took many years to scale up the Sourdough School high anthocyanin grain. Here we are sorting out darker colour and picking out ergot.

Higher levels of beneficial phytochemicals: Principle no. 4 of the Bread Protocol

Vanessa has a long-standing collaboration with wheat breeder Dr Phil Howell and the pre-breeding programme based at NIAB, Cambridge. Dr Howell has worked privately with Vanessa, incorporating diversity through grains gifted to Vanessa from Sourdough School students around the world, including grains from USA, India, Iran and Saudi Arabia, and is now exploring some of the pigmented types within NIAB’s section of the BBSRC-funded ‘Designing Future Wheat’ programme. Vanessa is now working on scaling up an exciting wheat blend made up of several new crosses that combine the rich diversity of these different sources with the proven qualities of leading UK bread-making varieties.

This barley is a diverse population rather than a single variety. Naked or hulless barley is the type of barley best suited for human food, and it is especially important in the most challenging environments, such as Tibet, where barley is one of the few crops that can grow. The diversity of this population gives it strength and resilience. Strong-strawed plants act as scaffolding for their weaker neighbours. Whether the season is very dry or very wet, there will be plants in the population able to cope, so the produce will be more reliable. Each type of barley adds its flavour and nutrition to the mix. The population would be weaker if diversity was lost.

One of our students gifted us some black high-anthocyanin wheat, which we are growing some here as the dark wheat has a good antioxidant content. Higher levels of these phytochemicals are key to the prevention of lifestyle disorders such as obesity and cardiovascular diseases, and they also nourish key microbes in the gut associated with health. We’ve planted two crops this year, one winter and one summer, to see how they fair. Watch this space.