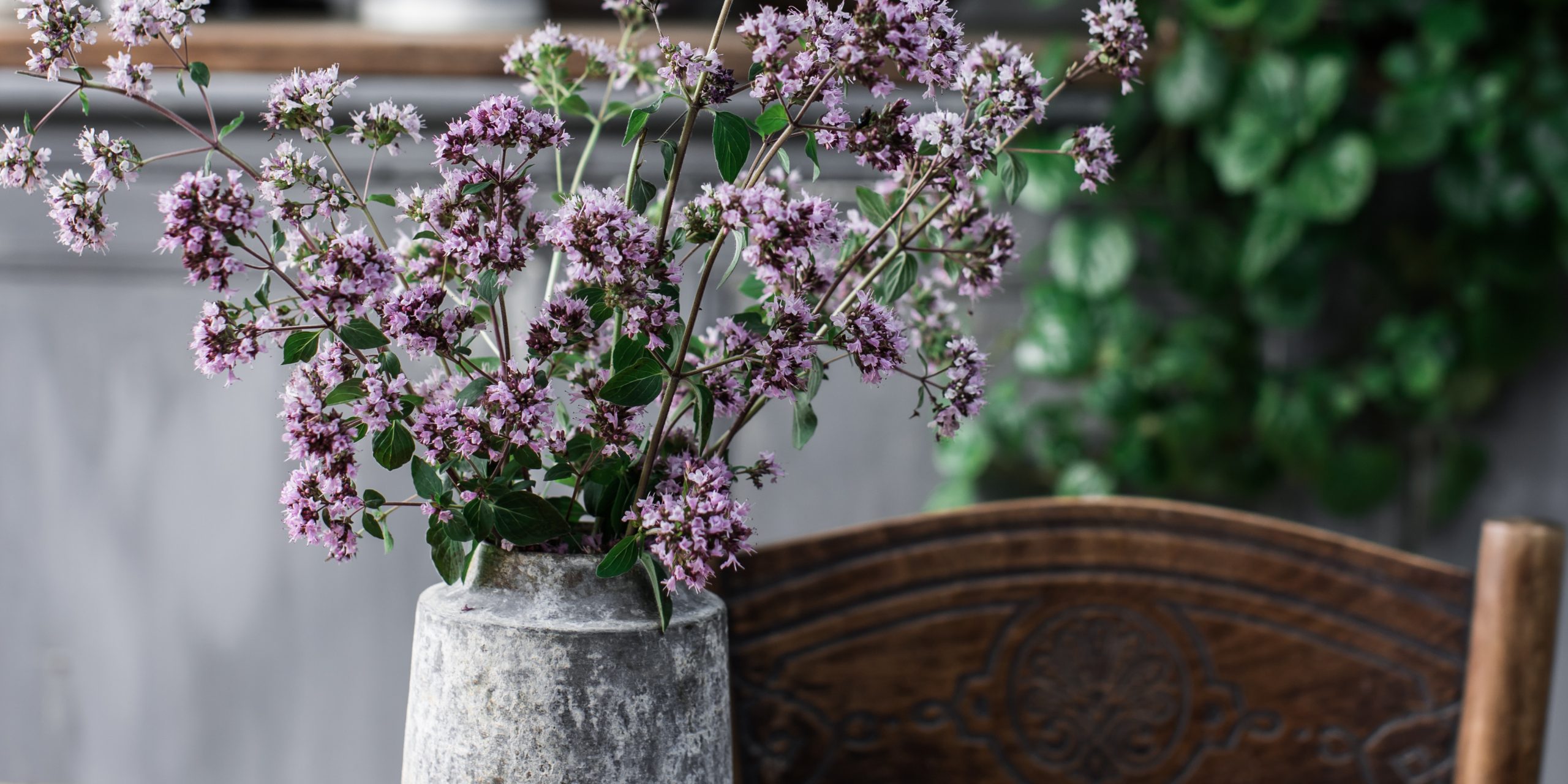 Mediterranean oregano – ono of 7 herbs & spices analysed in this studyi

The objective of this study was to investigate prebiotic potential, chemical composition, and antioxidant capacity of spice extracts. Seven culinary spices including black pepper, cayenne pepper, cinnamon, ginger, Mediterranean oregano, rosemary, and turmeric were extracted with boiling water. Major chemical constituents were characterized by RP-HPLC-DAD method and antioxidant capacity was determined by measuring colorimetrically the extent to scavenge ABTS radical cations. Effects of spice extracts on the viability of 88 anaerobic and facultative isolates from intestinal microbiota were determined by using Brucella agar plates containing serial dilutions of extracts. A total of 14 phenolic compounds, a piperine, cinnamic acid, and cinnamaldehyde were identified and quantitated. Spice extracts exhibited high antioxidant capacity that correlated with the total amount of major chemicals. All spice extracts, with the exception of turmeric, enhanced the growth of Bifidobacterium spp. and Lactobacillus spp. All spices exhibited inhibitory activity against selected Ruminococcus species. Cinnamon, oregano, and rosemary were active against selected Fusobacterium strains and cinnamon, rosemary, and turmeric were active against selected Clostridium spp. Some spices displayed prebiotic-like activity by promoting the growth of beneficial bacteria and suppressing the growth of pathogenic bacteria, suggesting their potential role in the regulation of intestinal microbiota and the enhancement of gastrointestinal health. The identification and quantification of spice-specific phytochemicals provided insight into the potential influence of these chemicals on the gut microbial communities and activities. Future research on the connections between spice-induced changes in gut microbiota and host metabolism and disease preventive effect in animal models and humans is needed.

What does this mean for a baker?

Herbs and spices are more than just adding flavour.  They actively play a part in balancing our microbiome as this study concludes, Mediterranean oregano, black pepper, cayenne pepper and ginger have prebiotic-like effects, encouraging the growth of positive gut bacteria, such as Bifidobacterium spp. and Lactobacillus spp. All seven spice extracts tested have been found to have antimicrobial properties, so may be beneficial in inhibiting the activity of harmful gram-negative bacteria, such as Fusobacterium spp. and Ruminococcus spp.

Using Botanical Blend No.2 in your bakes is a great way to incorporate oregano flowers into your diet. Alternatively, oregano leaves are a delicious addition to a pesto. You could also try adding a selection of culinary spices to some sourdough croutons.