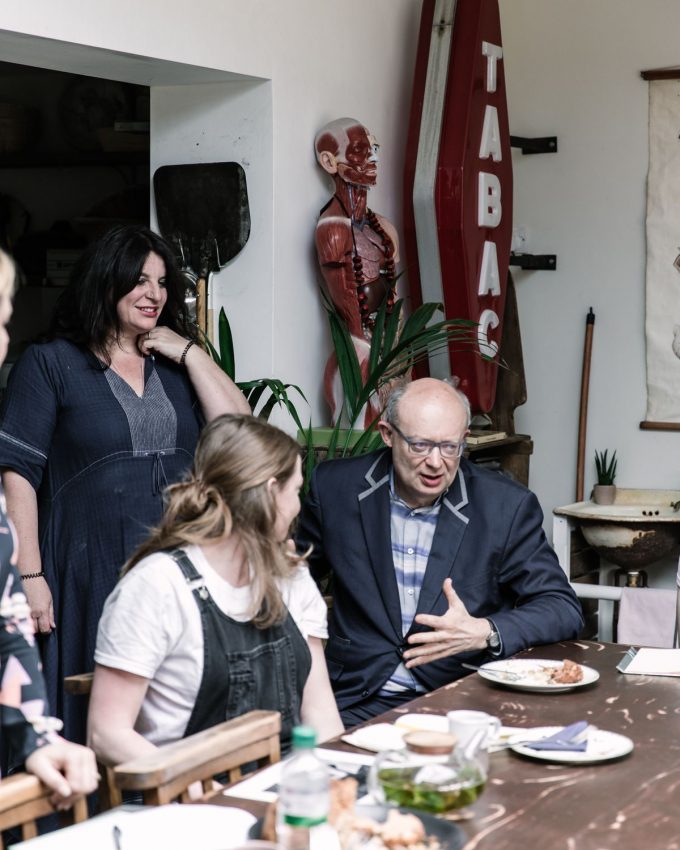 I am so very pleased to introduce Professor David Veale as part of The Sourdough School team. I know that his advice has already been, and will be, invaluable to us as we move forward with our work and research. David is a Consultant Psychiatrist at the South London and Maudsley NHS Trust and The Priory Hospital North London, as well as Visiting Professor in Cognitive Behaviour Therapies at the Institute of Psychiatry, Psychology and Neuroscience, King’s College London.

I first met David when he came to the School as a student with his team from the South London & Maudsley NHS Trust. Now, he is my mentor for the research that I am carrying out on nourishing the gut to feed the mind and sourdough’s ability to aid mental health. David has an incredibly diverse gut microbiome – of which I am quite (extremely) jealous!

David’s specialisms include obsessive compulsive disorder (OCD), body dysmorphic disorder (BDD), health anxiety, depression, nutritional psychiatry* and emetophobia (the intense fear of vomiting). He is an Honorary Fellow of the British Association of Behavioural and Cognitive Psychotherapies, a Fellow of the British Psychological Society and Fellow of the Royal College of Psychiatrists. He is also a Trustee of charities OCD Action and the BDD Foundation.

*David and his team are particularly interested in whether they can alter the gut microbiata by diet, by introducing a diverse diet of probiotics and prebiotics, whilst their patients stay at the Anxiety Residential Unit at the Bethlem Royal.